Leveraging the Infrastructure Bill and Driving Data for Safer Roads

The Infrastructure Bill, signed in November 2021, is a wellspring for American infrastructure. It provides $1.2 trillion, including $550 billion in new investments, in much needed funding for airports, highways, ports and public transportation. Cities, states and regions can renovate, renew and replace parts of their transportation system – for the general benefit of their economies and citizens. In terms of road safety, the bill places emphasis on Vision Zero safety plans – and data for justifying project requests and outcomes. 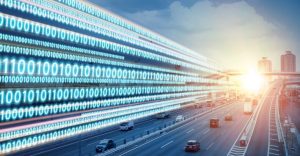 Funds Available in the Infrastructure Bill

Without going into full detail, the Infrastructure Bill covers categories including passenger and freight rail, broadband, ports and waterways, and environmental remediation, with amounts ranging from $16 billion to $66 billion. From cleaning to repair and access to resiliency, efforts are squarely centered around upgrading system and service levels.

As for transportation, three major categories are addressed.

The focus is on surface transportation programs as well as extra funding to repair roads and bridges. There is also money set aside for major transformational projects.

Authorities can boost this segment through repairing public transportation infrastructure, including buses, railcars, stations and tracks, and the signals and power that make them run. Zero-emission vehicles are to replace older versions. Lower greenhouse gas emissions require modernizing the system.

Which brings us to the support for the issue that caused 42,915 road deaths in 2021. For existing programs dedicated to improving the safety of people and vehicles in the transportation system, this part of the budget addresses highways, vehicles and trucks as well as pedestrians, and seeks to invest in drunk driving prevention technologies.

At the 6-month anniversary of the Infrastructure bill being passed, $110 billion had already been signed into action and was on its way to all 50 States to fund 4,300 projects. The first wave of bids was focused on major programs. Grants were primarily awarded for airport infrastructure, and to a lesser extent resilience, ports and waterway projects.

There are two programs of note that specifically address reducing fatalities and serious injuries on the road. Driving data can provide valuable information and actionable insights for both. One is the vulnerable road user safety assessment, and the other is the Safe Streets and Roads for All program.

In section 11111, Highway Safety Improvement Program, the Infrastructure Bill requires all States to complete an assessment of danger to vulnerable road users in their transportation network, analyzing fatalities and serious injury. Specifically mentioned is a quantitative analysis that

Following the study, States will have to design strategies to mitigate safety risks for these users, in areas that have been identified as high-risk. 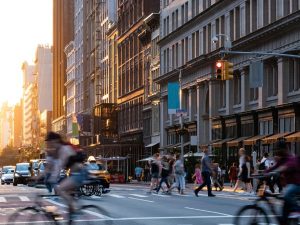 Safe Streets and Roads for All

Section 24112, Safe Streets and Roads for All (SS4A) has as its objective helping states and localities reduce crashes and fatalities in their communities, especially among vulnerable road users. In fact, if vulnerable road users represent 15% of total annual car crash fatalities in a State, the State must devote 15% of grants received to addressing the safety problems for these users on their roads. The starting point to be eligible for winning a grant is to have a comprehensive safety action plan in place. Grant applications opened in May 2022, and close on September 15th 2022.

The Whitehouse.gov web site outlines the four steps in transferring money from federal to local governments.

Steps 2 and 4 in the above process require driving data. To apply for funding, driving data provides a “before” picture of the road safety problems being faced. Specific KPIs are highlighted according to grant requirements, and which can be improved thanks to funding received. Following the reception of funds and the implementation of safety measures, driving data indicates improvements realized and the change in KPIs. 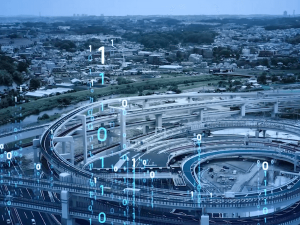 The Infrastructure Bill also explicitly states that new technology and innovative safety strategies are welcome, and that they should aim to improve road safety over a wide geographic area.

Michelin DDi’s driving data and its focus on driver behavior goes beyond crash data. The driving events that it captures and measures across an entire transportation network serve as your KPIs. With them, you analyze road safety problems and locations. A “before” study will locate risky road zones and rank them in terms of severity and the likelihood of a crash happening. They help you make decisions as to how to improve safety. An “after” study helps you evaluate implemented measures.

With Michelin DDi’s driving data expertise, you get actionable insights and KPIs that support your grant request. You have facts on which to base your strategy for improving overall road safety, and to report on improvements in road safety – to citizens and the grant committee.

Contact us for more information on our solutions or to share your project with us. Our team will get back to you as soon as possible.